Making a fishing film now isn’t an easy business. For starters the stars of your film are unpredictable and can, at times, be camera shy. But more so, you can now easily fall into the standard film format that has the now obligatory drone shots, the slow mo release shot and then the high fives. I personally don’t have a problem with this as long as it is in a true context and not just for the camera but it's a tricky path to tread.

I logged on to Fishing TV to watch Chalk - Bedrock of Fly Fishing made by two young film makers Leo Cinicolo and Chris Cooper both avid fly anglers along with Simon Cooper and Fishing TV.

From the start it was clear that the film was well thought out, structured and planned. I suspect there was a hell of a lot more footage that the 1 1/2 hours the film lasts that didn’t make the final cut.

It might be easy to be a little dismissive of chalkstreams and for what some might perceive they stand for but if you feel this way and watch the film you will be coaxed around by the way the subject is tackled. The history, conservation and of course the fishing, are covered with intelligent and interesting interviews with people who fish and care deeply about chalkstreams. 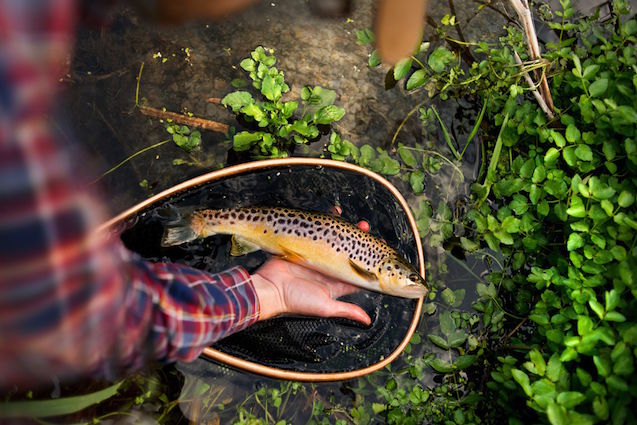 I really liked that the film makers took their cameras away from the "big name" rivers and cast their net a little wider. To me, it was a smart move that stopped the film being seen as just South East-centric. Although having said that, the Upper Itchen looked a stunning place to cast a fly.

The film centres a lot around the mayfly hatch and its significance. Again, we are treated to some fantastic film footage that must have taken hours of work. 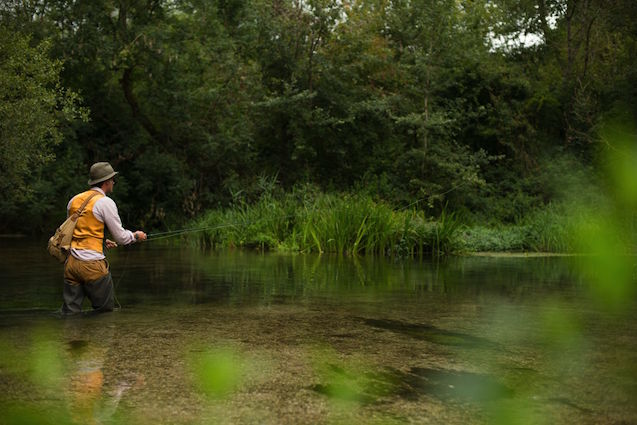 It is no surprise there is drone footage and I really enjoyed the shot seen from above when you see an angler spotting a fish rise, covering it and then hooking it.

The issue with making a fishing film today is that there are lots of people putting stuff out for free and so if you are going to charge people to watch, then it has to be good.

I’m happy to say this film is excellent and is worth the price and goes about setting a high benchmark for others to aim for which, looking ahead, is good for us, the end user.

I hope they have some more projects in the pipeline as I look forward to seeing them.

Well done Leo, Chris and everyone involved in the project.

FishingTV is free to join and operates a pay-per-view system, and is available online or as an app for smartTV, smartphones, tablets and a range of set-top boxes. You can register at www.fishingtv.com/register