After weighing my bag once more on the scales to ensure that it was within the weight limit allowed, I finally left my house in Coventry at 07:00. It was a gorgeous June morning and I was making the short trip to Birmingham International Airport. My flight to Cork was scheduled for 08:40 and I was due to land at 10:10.

This was my inaugural flurry into Irish lough fishing and it all began on a dark damp night back in February when the now famed Irish angler Mick O’Farrell attended my angling club’s (Draycote Fly Fishing Association) winter program to talk about his life as an angler and of course, his book ‘A Passion for Trout.’

Before he began the evening, I spoke to Mick about fishing in Ireland and he asked me if I’d like to join a trip over in June. Now, my fishing leaves a lot to be desired and I know there are some people who don’t quite understand why you’d want to sit in a boat flogging the water in all weathers but personally, I’m slightly obsessed and have been for the last ten years and so this was an offer I could not refuse and from that evening on I was looking forward to my adventure to Ireland.

After the short flight I arrived in Cork and picked up my hire car, took out the map that I’d printed from the AA Route Planner and headed out of the airport for the N22 towards County Kerry and my final destination, the town of Killarney. 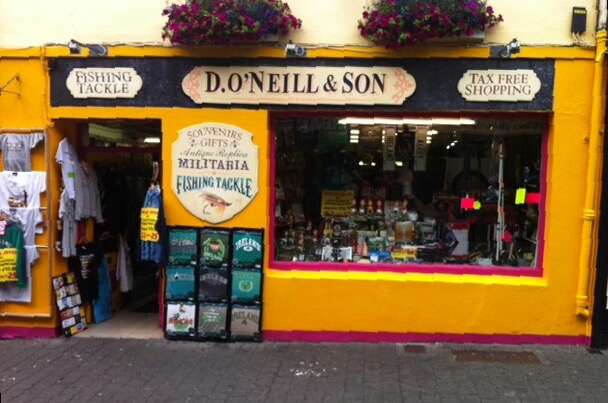 I’m not the most confident of drivers but I was pretty pleased with how easy the  journey was and it wasn't long before I arrived in the picturesque town of Killarney at 11:50 and set about finding a place to eat.

I was sat in Quinlan’s Seafood Bar on Killarney’s High Street, having just eaten the most delicious meal of John Dory and chips when the lady sat on the next table began talking to me. Once she heard my English accent she was intrigued at why I was over in Ireland so I explained I’d come for the fishing. She then told me her name was Mary and she and her husband lived on a farm out of town and that he’d dropped into town to get some fresh air and have a ‘wee look around the shops’.

As is my normal course of action I visited the two fishing tackle shops in the town: O’Neill & Son which has a vast array of fishing tackle and can provide permits and all other services required to fish Lough Leane and Towmey’s Horse and Country in an area just off the high street called The Markets stocks tackle but on a smaller scale. It also stocked a duck billed cap with a sun visor at the back which I never bought but to this day when I’m fishing and the sun is high or on my neck I still regret not forking out the 30 euros to buy. 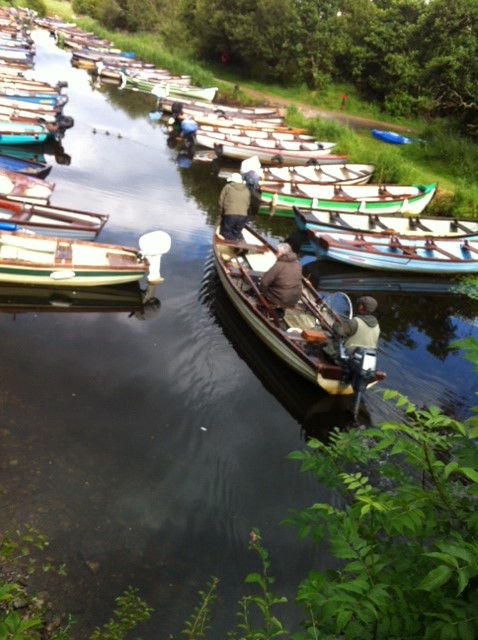 I bumped into a taxi driver and asked the directions to Leane's B&B and before long I was greeted by the owner Mary only to then be informed that there had been a slight mix up and that there was no room for me.

Within no time I was walking briskly down the road with Mary’s husband Tom beside me to see if there was room at another B&B a short distannce away. Within no time we were there and I was introduced to the owner, Mary!

I was only two hours of being in Ireland and the only three ladies I’d spoken to were all named Mary!

‘No bother, Paul we’ve plenty of room!’ may sound a little meaningless to some people but to someone who’d just arrived alone in an unfamiliar town where, as far as he knew all the ladies were called Mary. this small innocuous statement resulted in a massive sigh of relief from me and before I could say another word I was sat in her kitchen waiting for the kettle to boil deep in conversation with Mary.

When the other chaps turned up Hugh O’Reilly, the organiser of the trip made the introductions and we headed into the town for the nearest bar and downed pints of Guinness whilst talking fishing.

At 10:00 the following day I found myself on the shores of Lough Leane staring at the endless flotilla of boats that were moored in the canal on the Killarney shoreline of the lough.

The other guys were tackling up as we awaited the ghillies but I was too busy taking photos of the surroundings and the boats, awestruck at the vast expanse of water I was preparing to fish.

Our ghillie, Pat Winning, was excellent and his advice and knowledge of the water was exceptional. On our first day we boated 10 beautifully coloured wild brown trout, all returned to the vast lough.

On my second evening in Killarney our group of six made our way into one of the many bars that line the high street where began our Guinness tasting. 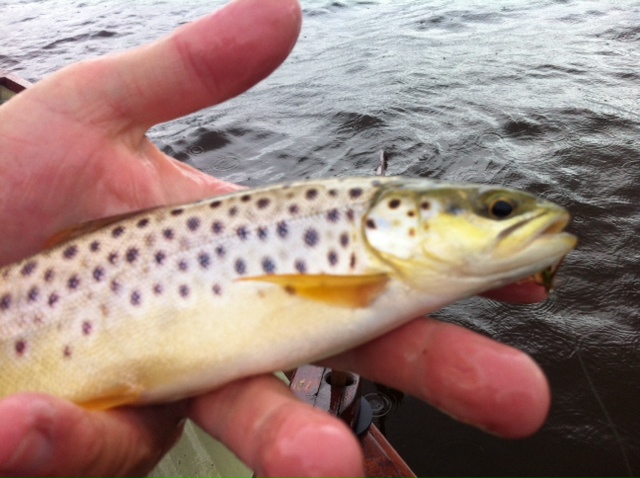 The following morning nursing a fuzzy head we decided to head out of the canal in the opposite direction to the previous day and it wasn’t too long before we were rewarded with more fish of the same ilk. Although not the biggest fish they were stunningly beautiful.

Later that day we were treated to an Irish downpour and for the best part of an hour we were all hunched and huddled into our respective coats, hoods up as we were pelted with rain of a sort that I have never witnessed, or maybe it was that I’d never been out in the wide open spaces during such a downpour. It’s at times like these that your waterproofs are seriously tested and unfortunately mine  failed and once the rain had passed I spent a lot of time standing in the boat to avoid sitting on a damp bum. I made a mental note to replace my standard waterproof trousers and promised myself that I would never again be caught out with gear that was not up to the task.

The second and my final day's fishing came to an end far too soon and my new found fishing pals were heading off with Hugh to continue with their longer break to fish the River Suir. I bid them farewell and headed into Killarney town centre to have the last meal of my short trip.  fter a belly full of fish and chips from Quinlan’s again I made my plans to head for the airport and home to plan my next adventure to the Irish loughs.