There is little disputing the effectiveness of the Adams as a fly. There are few river anglers who don't have at least one tucked away in their fly boxes. Ben Lupton explores the Adams and a few of its variations.

Ask any fly fisherman to name a dry fly, what answer would you get? Greenwell's Glory certainly, the Wulff series quite possibly, but I suspect the number one answer will be the Adams. If you fly fish then I'm sure you will have used one at some point and if you regularly fish rivers then I bet I can find a few in your fly box; such is the effectiveness of this fly in its many guises.

It will come to no surprise that one of the biggest selling dries is the parachute Adams, indeed one of my favourite flies is a Klinkhåmer tied in an Adams fashion. It's grey/brown colouration has proved itself to imitate acceptably a manner of food items, but invariably its staple use is to imitate various Ephemeroptera, notably the flies fishermen call olive duns. 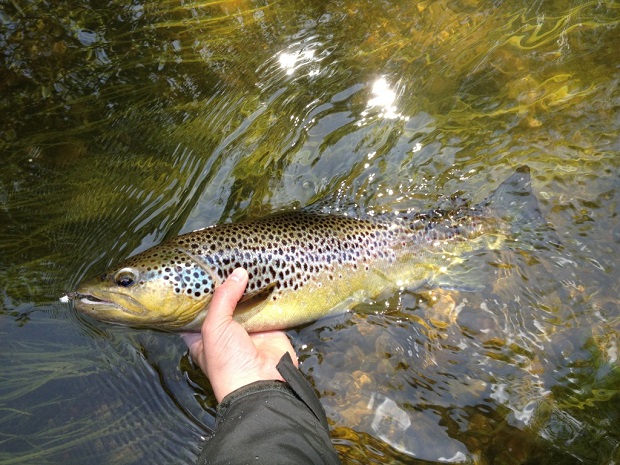 This fish fell to an Adams Klinkhåmer, it was feeding on ascending and hatching caddis.

The Adams was created by Leonard Halladay in 1922 and first used my Charles F. Adams. The original pattern was tied with a chunky grey yarn body, two golden pheasant tippet fibres for the tail and the wings were tied semi-spent.The original fly's development started on the Mayfield pond, an impoundment of the Swainston Creek, but the fly became synonymous with the Boardman River, of which the Swainston Creek is a tributary. The morning after the fly's first outing Mr Adams is to have stated that the new fly was a knock out, and asked what Mr Halladay was going to name it. He said he would call it the Adams as it was Mr Adams who had the first great catch with it. 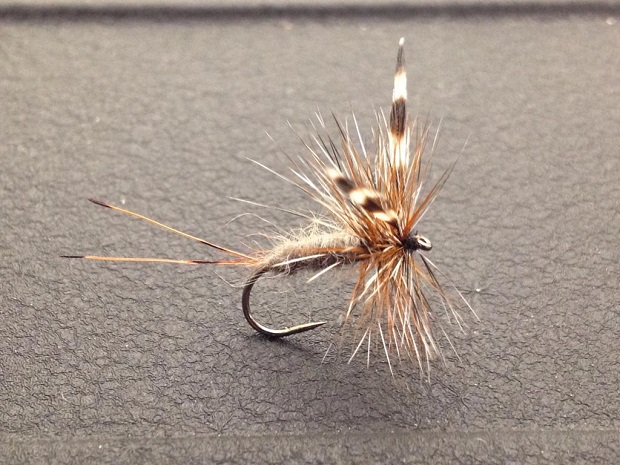 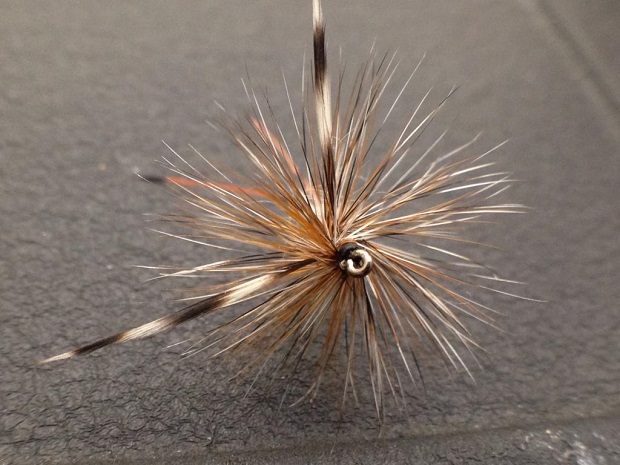 As with many flies the Adams quickly began to change. In the 1920s and 30s the Adams was being moulded around the Catskill style dries; the wings drawn upright and divided with the body being trimmed down to the slim profile we recognise today. The tippet fibre tails were abandoned possibly due to a lack of support at the tail end, or simply as a result of natural progression. The now accepted grizzle/red game hackle fibre tail was pictured in Ray Bergman's Trout showing that the original tippet tail was being replaced as early as 1938. 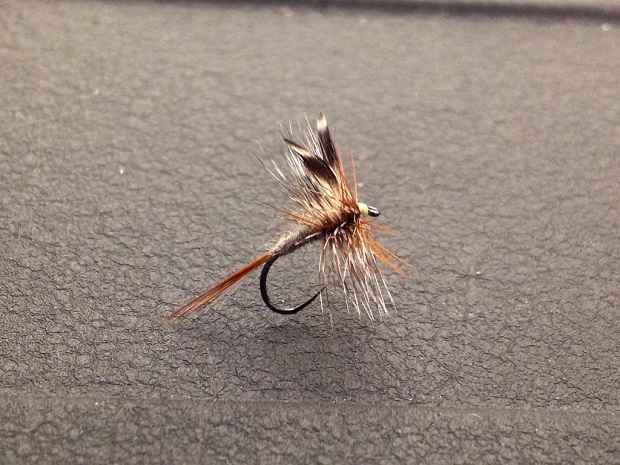 The Adams dry fly as we know it today. 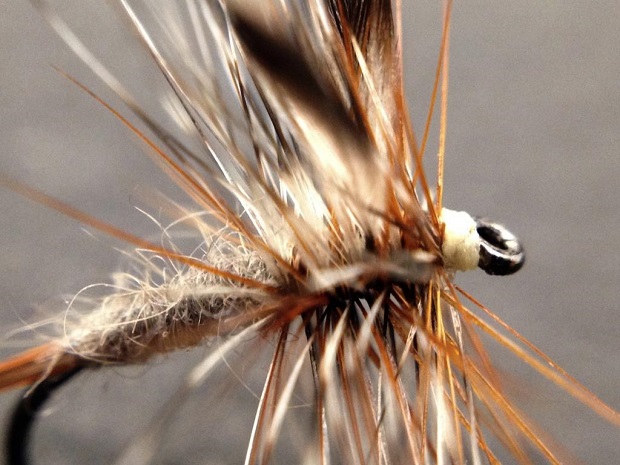 Close up of the Adams showing the red game and grizzle hackle.

So we all know what an Adams looks like but what else can we do with the dressing formula? As said at the beginning of this article the number one selling dry fly is the parachute Adams. Parachute style dries are universally popular, I like to tie mine with a dun coloured post in keeping with an olive dun theme. 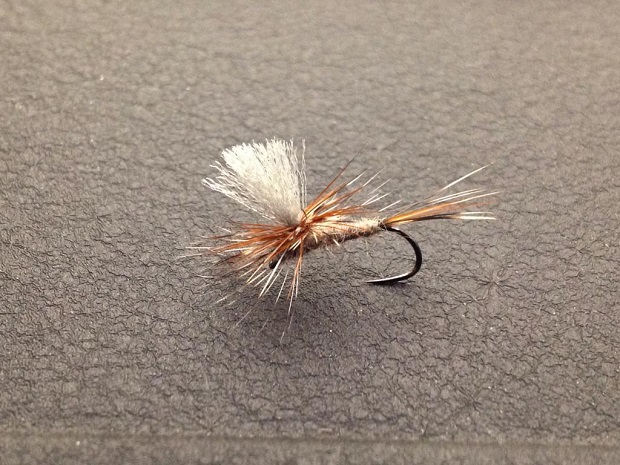 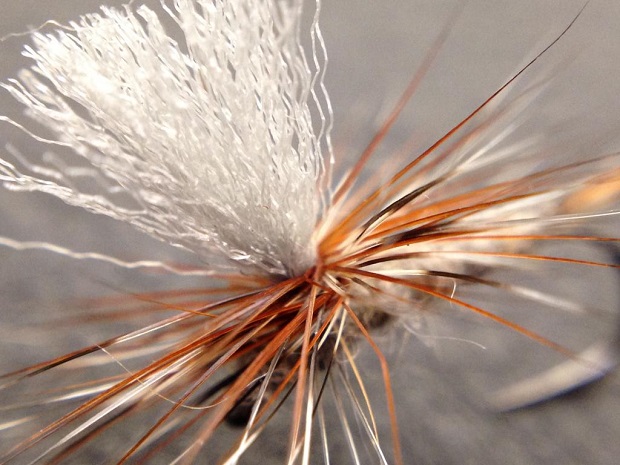 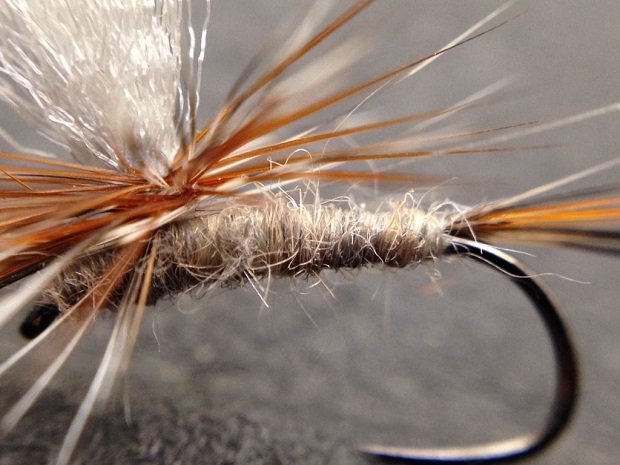 Muskrat is an excellent body material for dry flies.

I've mentioned about one of my favourite variations, the Adams klink. I have used this for a number of years as a general searching pattern that has also caught well during hatches of large dark olives. 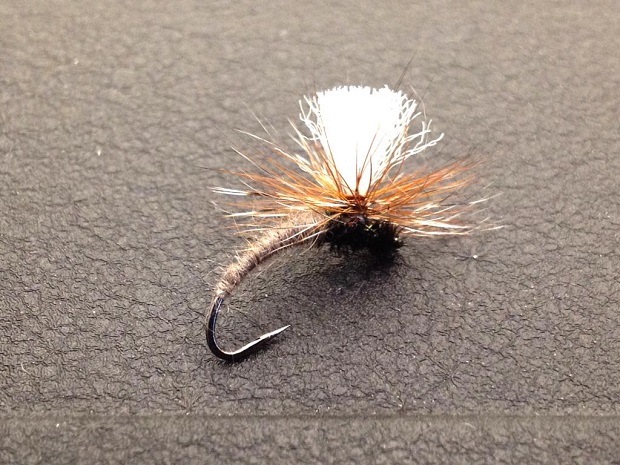 My Klinkhåmer Adams, if I was limited to one fly this would be it. 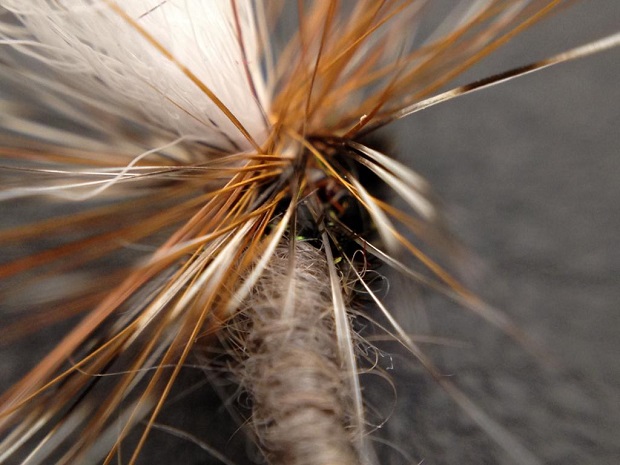 What about an Adams paraloop emerger. It could be tied in many different styles from a standard style dry fly with a sparkle yarn tail, to a curved hook emerger with a dense hackle keeping it afloat. 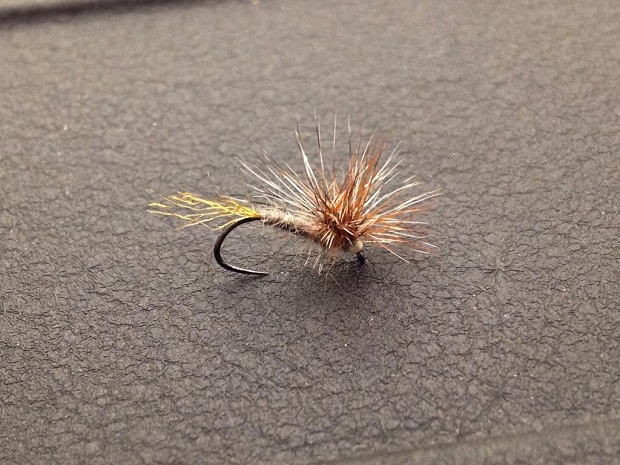 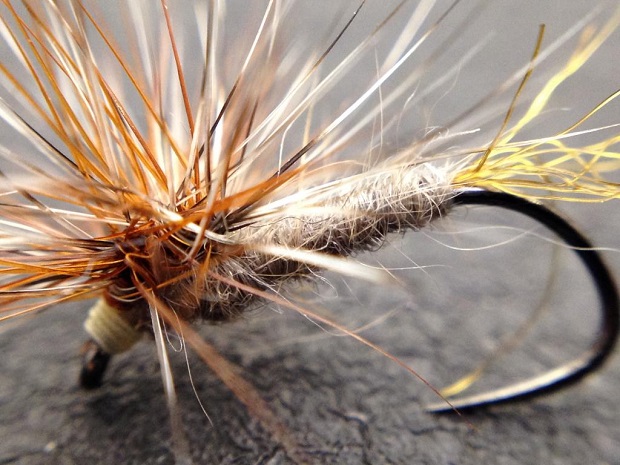 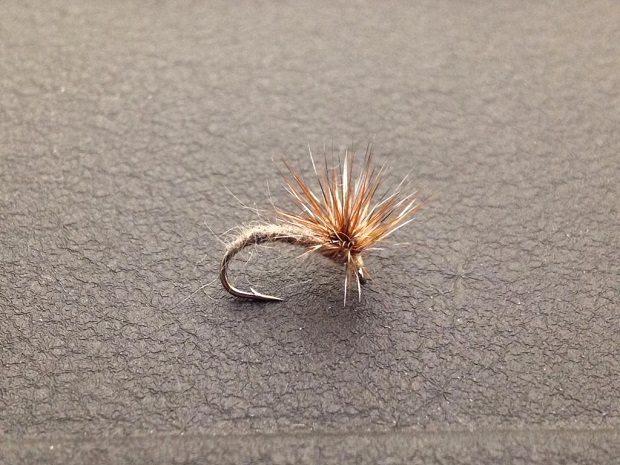 I have recently shown on my blog my rendition of a Humpy tied as an Adams. I look forward to trying this fly out next season, with success I hope. 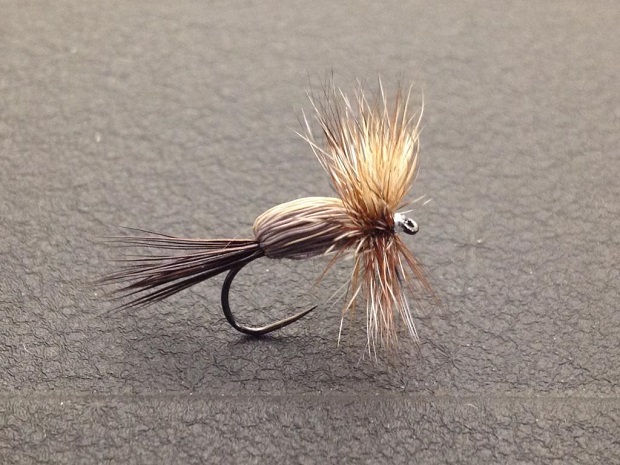 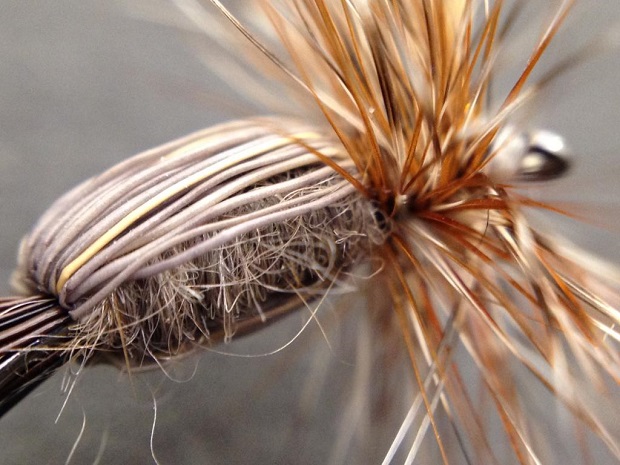 So there we are, one successful formula for a renowned pattern applied to other styles of flies. Imagine the possibilities every fly pattern offers, if tweaked a little, evolution is constant.

To see more of Ben's tyings (they are superb!) take a look at his blog "In pursuit of spotties"

Ben is also a pro-tyer for Funky Fly Tying products