It’s been ten years since I took up fly fishing. Before this time I was a coarse fisherman, fishing with a small club syndicate once a month and getting out on my own to fish whenever I could. Then one day I was asked by a chap I worked with if I had ever fly fished, to which I replied ‘never.’  but over the coming months he insisted ‘You should try it sometime Paul.’

That chap was Eddie Smith who had just began working on the same section I was working on at a Logistics company.  Eddie was originally from Newcastle so a Geordie through and through, who had moved to Coventry to work in the coal mines around the area, but once the mining industry declined he found himself in a Logistics warehouse.

At the time, all I knew or heard about fly fishing was that famous Yellow Pages advertisement where an OAP is seen searching old book stores looking for a book called ‘Fly Fishing’ written, we find out later in the advert by himself,   J R Hartley 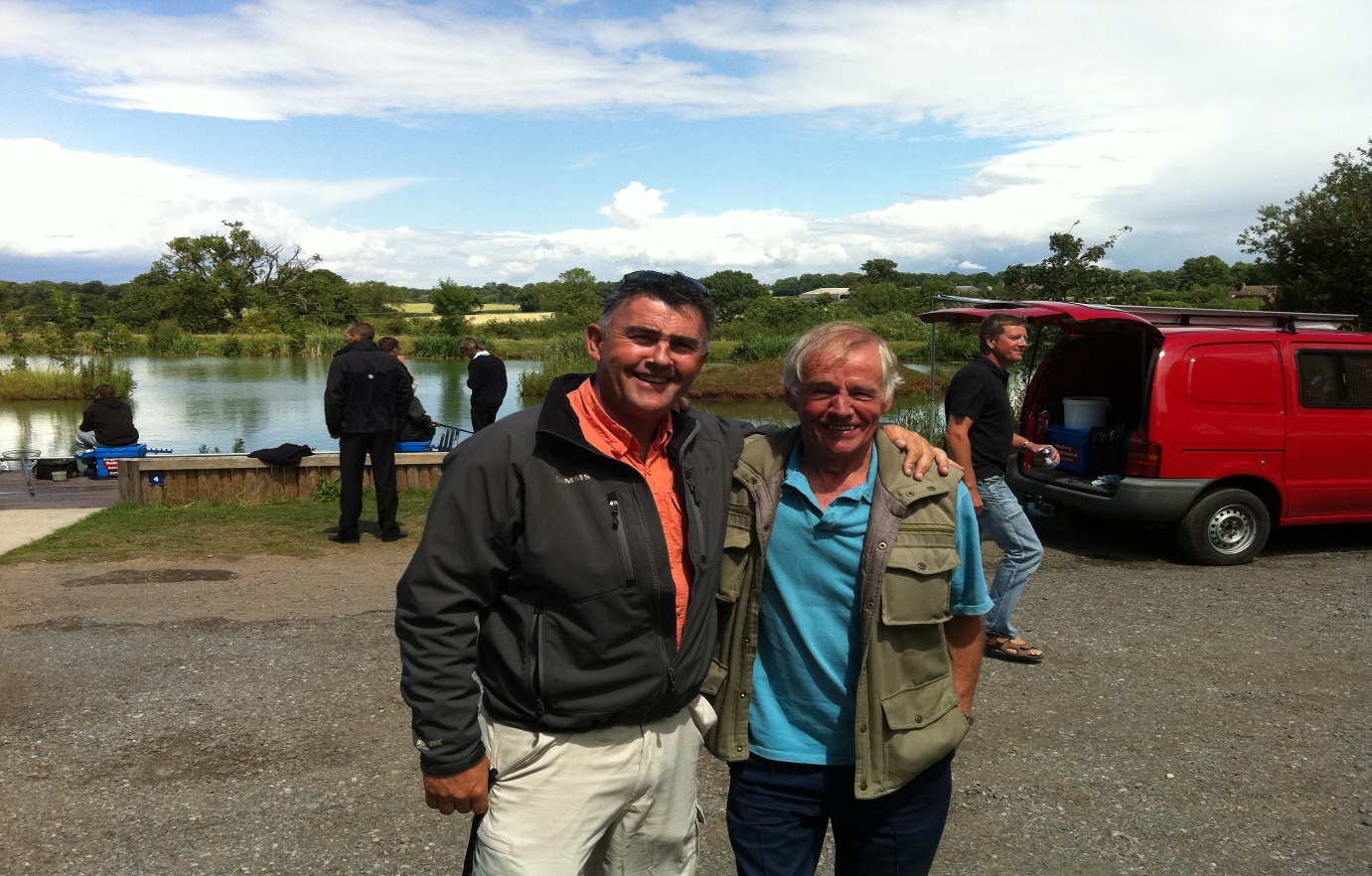 I cannot recall now what it was that made me decide to try my hand, but I do recall my very first fly fishing adventure. I use that word ‘adventure’ as this is what it felt like to me and still does, it’s always an adventure. Eddie had invited me to join him on a boat at Draycote Water and I can still recall how awestruck I was as I drove up to the Fishing Lodge and saw just how big the place was. On this day the mist was rolling off the water and the flotilla of boats bobbed about against the jetty.  Looking back now, I think that I was already hooked! I’ve lived 10 miles away from Draycote for 30 years but until this time I’d never set eyes on the place, never mind fished it. At the time I was used to small match fishing lakes, well I say small, but at the time they didn’t feel that small but it’s fair to say these days after spending the last ten years fishing the Midlands' reservoirs and ‘adventures’ to the loughs of Ireland, that these days they certainly do.

I was surprised when the Fishery Manager didn’t charge me as it was my first attempt, that chap was the late Keith Coarser and if I recall rightly he didn’t charge me the following two times either ‘Don’t worry about the boy’ was his standard reply as we were about to pay.

And so I followed Eddie from the Lodge onto the jetty to put our gear into the boat. Even this was exciting to me to be going fishing on a boat. Prior to this day I’d only ever fished from a bank, the way all coarse fishing is done. My gear at the time amounted to a small olive Wychwood fishing bag which contained a coffee flask, my lunch box and my waterproofs. Eddie had loaned me a rod, reel and flies to fish with.

That day is etched in my memory with the abundance of wild life and the boats and the smells and the gulls it reminded me of being by the sea and although I blanked and if I recall rightly I blanked the following three occasions after, there was something that caught my fascination and has held that grip over the last ten years.

Ever since that first day, I went fly fishing with Eddie as often as work and family commitments would allow. We visited Pitsford Reservoir, Grafham Waters as well as Draycote and if we didn’t fancy such a drive and Draycote was closed we’d visit the smaller Packington Trout Fishery. In the early days after eight hours' fishing I was ready to go home but sometimes Eddie would fish on, staying until sunset. I didn’t understand that in the early days but now as I am more immersed in the sport I have to reluctantly drag myself off the water at a reasonable time, always with the promise to myself of returning again as soon as I can.

Eddie and I had a laugh every time we went, Eddie was one of life’s great characters. He was a sea fisherman at heart brought up fishing with his father in Whitby but explained to me that the trout fishing was the next best thing available to such an angler now living in the landlocked Coventry some 100 miles away from the nearest beach. 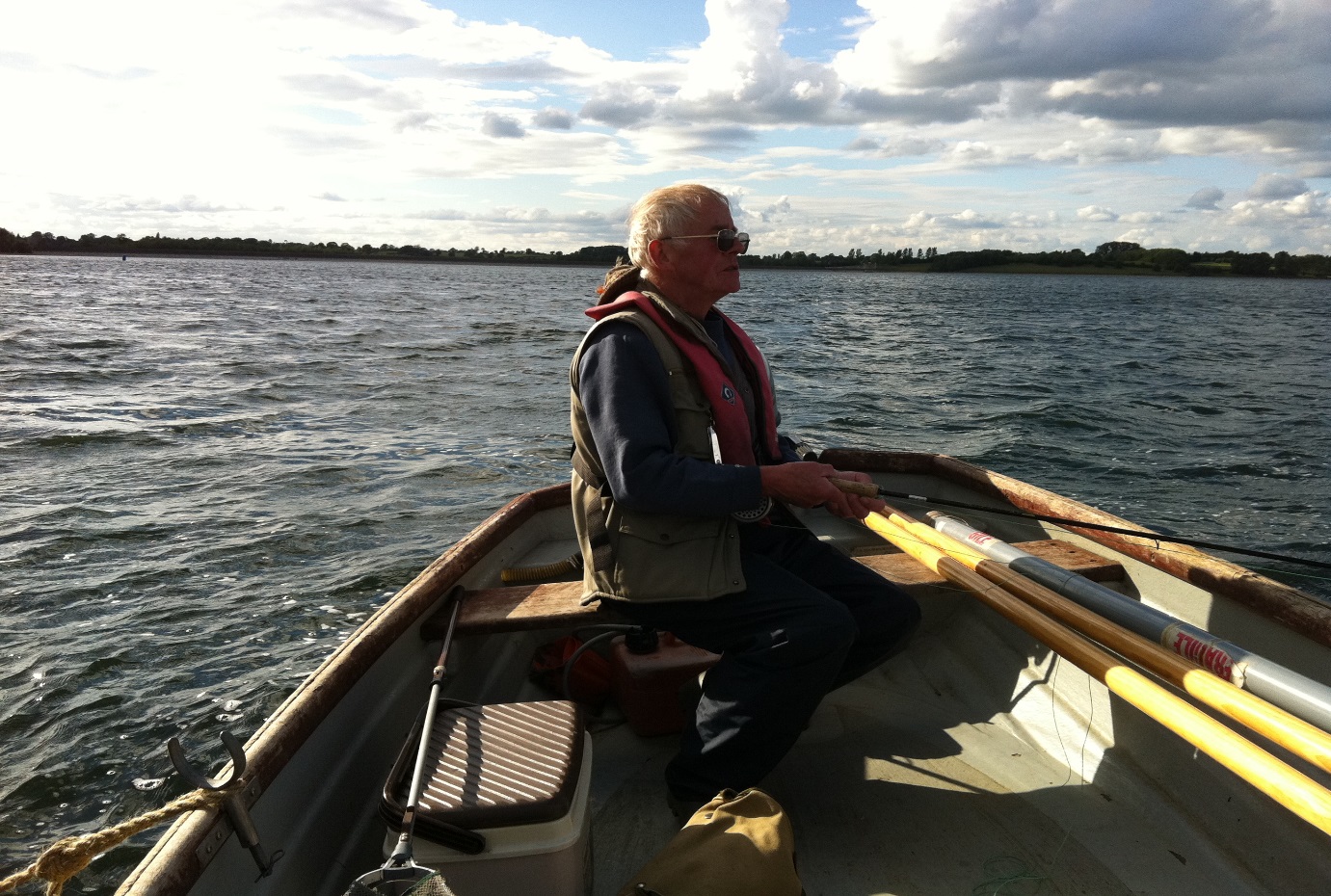 I’d always laugh when I heard him say ‘Come on you spotted bastards!’ when the trout were not taking whatever we were offering.

He was deadly serious but I found it amusing. I truly learned the meaning of ‘a bad day's fishing beats a good day working.’ I thoroughly enjoyed every fishing trip and still do.

I recall the time he asked me ‘Do you mind Paul if I put the match on?’ referring to the football and he took out a transistor radio from his trout bag turned it on and handed me a cold drink and we sat fishing and  listened to Newcastle v Sunderland bobbing about in a boat in the middle of Draycote.

My gear these days has grown to a selection of both reservoir and river rods, three bags, a couple of sets of waterproof coats and over trousers, two wading jackets, two sets of waders, neoprene for the cold and breathable for the summer months, numerous reels with a line for all occasions and I’ve enough landing nets to equip a small army. The outhouse attached to my home I now refer to as my ‘drying room’ more to wind up my wife than anything else, but as any angler knows we need a good place to dry our waders. The bank fishing came later as it took me four years of boat fishing to finally ‘fish the bank.’  I took this step alone but I fish the bank more these days than the boats as I find it more productive and of course it has the added advantage of being less expensive which when you have a mortgage and a family of five, is the wiser decision.

I’m now on the committee of the Draycote Fly Fishing Association and attend their monthly meetings throughout the winter and I now have a vice and a large assortment of feathers, tying thread, beads and hooks stored away in my home that I take out and attempt to tie flies on a winter's evening.

For my birthday last year my wife took me to The Arundell Arms, the well-known fishing hotel, and I spent the day catching grayling on the river Tamer and in the evening, after one of the finest meals ever to pass my lips we relaxed in front of an open log fire and enjoyed a chat and a few beers.

I have a comprehensive collection of fishing books and presently subscribe to three of the monthly magazines, I keep up to date with the many forums on the internet. I have fished the loughs of Ireland and the rivers of both England and Wales all with mixed fortunes, but hey- ho, that’s fishing.

Scotland and its miles of lochs and rivers has so far eluded me but I’m in no rush, who knows, maybe next year, maybe not but I know I will one day get there and fish the famous salmon rivers and of course it would be a dream come true to feel the pull of an Atlantic salmon but just being in the outdoors, breathing the fresh air and enjoying the crack in the evening is enjoyment enough.

I have been to the CLA Game Fair and The Burton Fly Tying festival, and much to the amusement of the wife I have to visit any fishing tackle shop in any town that we visit or pass by.

Sadly Eddie passed away on 6th January 2014 finally losing his battle to cancer. Eddie's wife Chrissy gave me his trout bag, rod and reels and a collection of flies and Eddie's rods, reels, and flies continue to catch fish, and on those occasions that the fish just aren’t playing ball you will hear me whisper to myself:

‘Come on you spotted bxxxxxxds.’