After donating a charity fishing lot, Matt Boydell becomes a fishing guide for the day

A few days ago I found myself on a river guiding,  it was a commitment from some months ago in a moment of weakness.

Just after Christmas our village had a fundraising auction for the church and although I am not at all religious it’s a beautiful church and a very good friend was arranging it, so after some cajoling I needed to think of an auction lot to offer.

Genius idea -a day guiding on a west country river.  Once they knew I would arrange everything, provide kit and crucially be driving, a few mates said they would bid, with the sole intention of partaking in a small amount of fishing and rather more beer.

Well, that was the plan. A lady new to the village won the lot as a birthday present for her husband, £160 for the day when I had expected it to raise £30, this was suddenly taking on a whole new dimension. It was still months away but already I could feel a slight sense of pressure, for the same cost he could have had a day out with someone who did this for their living. The one saving grace was he had his own waders, rod and did fish, albeit not for some time.

The day arrived and I picked John up at 10am. During a quick chat by his garage he mentioned he hadn’t fished for at least 15 years and after a quick look at his rod, a 9 ft 8 wt looking at least 20 years old, I decided it wasn’t really suited for our local rivers. 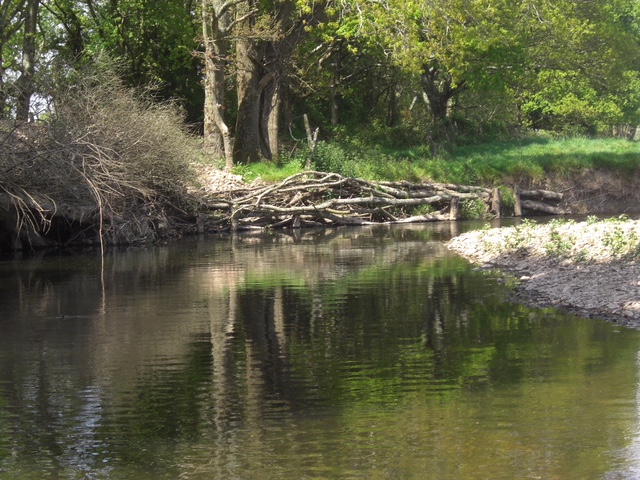 I was beginning to get a sneaking suspicion that this could prove a slightly challenging day.

So, we arrived at the river suitably attired and John had my pride and joy 8’4” Scott GS in hand. All that remained was to get on the river and start fishing.

I watched the first cast go out. Mmm, this really was going to be challenging, a big messy pile barely 10’ past the rod tip.  We spent the next 30 minutes at the tail of a pool working on his casting and although it was still a bit of struggle we then set off up the river.

At least we had struck lucky, it was 19C with a very light breeze and overcast, and crucially fish were rising right up the river.

At this point we had a slight conundrum and to be honest, a recurring problem. John’s casting was much improved with 20-25’ of fly line off the reel (plus 9’ leader) but this resulted every time in the immediate issue of line control in a river with a relatively quick flow; but shorten the line and John’s casting noticeably deteriorated.

For the first hour or so we had plenty of rising fish to cast to but for a variety of reasons (mostly casting related) we hadn’t had a fish to lift into. But John’s casting was noticeable improving,  he was doing really well and starting to get some nice loops. The main issue remaining was something I and many others at some point in the fly fishing journey would be able to associate with that on the final forward cast a sudden burst of energy and speed with the resulting overpowered cast and tailing loops galore!

I have to say John was great, he made a point of saying “keep telling me, even if it’s after every cast”.  So I did, in a friendly and joking manner and slowly even the final delivery cast was much improved.

At last, we had a rise to the fly. Unfortunately John was looking elsewhere. A lot more casts, a few more missed opportunities and then at last fish on and then off again. Bugger!

By the end of the day we had successfully raised and missed a few more fish to the fly, bumped another one and then late afternoon we at last had one to hand. It wasn’t huge, but it was a perfectly formed wild brown trout and he had cast to a rising fish in the middle of a pool 30’ away. Proper fly fishing. He was extremely pleased, and I was relieved! 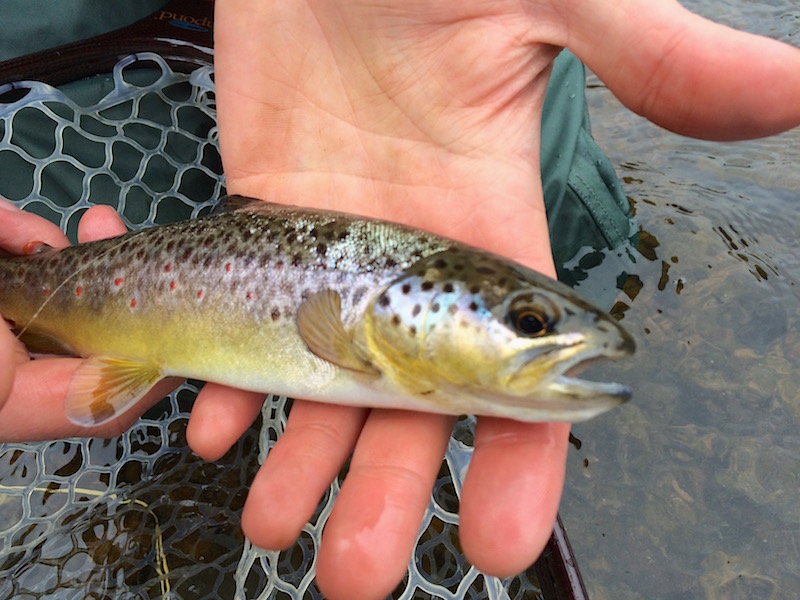 I left it with John as to how long he wanted to stay out, from when he first won the bid I had said it was totally up to him, dawn to dusk or anything in between.  At about 5pm he decided it was time to call it a day, as he said, “nearly six hours' fishing, with a golf round planned for the morning is enough for a 70-year old.”

So how was it for John? He genuinely enjoyed his day and he came close to catching a good number of fish. But, alas had to settle for one. He decided it was far trickier than his previous experience on reservoirs and he’d definitely like to do it again.