There are countless explanations as to why someone gets into tying flies. I thought it would be a way to save money.  I thought by tying,  I would improve my understanding of the entomology of the bugs on my local rivers. I hoped tying would bring a greater level of satisfaction to my overall fly fishing
experience. Or,  as an artist,  it is just one new way to express myself. 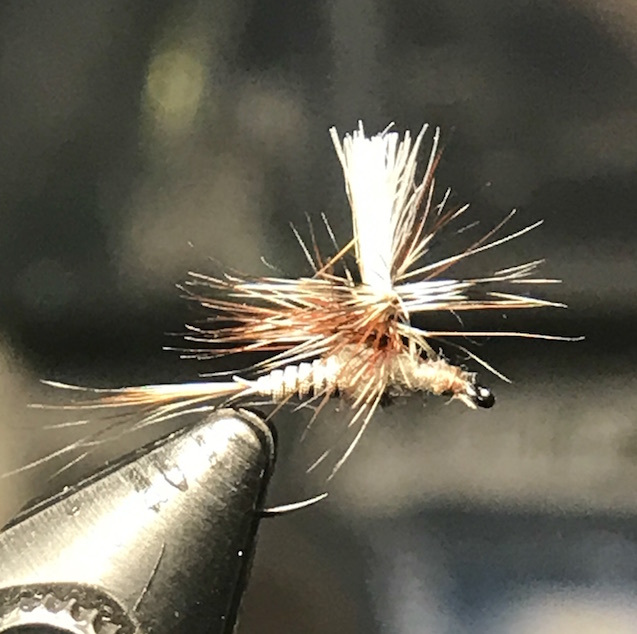 With the first explanation withstanding, those reasons and many others are true. Though what I found was whether it was experimenting with new materials, creating my own variation of an existing pattern or completely going off the reservation,  so to speak,  fly tying has turned into a form of meditation. Like all forms of the arts,  fly tying is no exception.

Proportions? What are those? Keeping your dubbing on the thread? That’s impossible. What do you mean, “What denier thread am I using?” The learning curve is steep and perilous and yet hypnotic and fulfilling.

As you progress through the basics and dabble in the absurdity of materials and tricks of tying, there is one thing that is unmistakable,  you are laser focused, you have slowed your breathing down, and short of a natural disaster landing on your house, your only concern is those nice tight thread wraps and the laying down your hackle just perfectly (and with proper proportions of course). You are in the fly tying zone!

Now similar to meditation,  for those who have dabbled in the exercise know, those first few sessions on a mat or days at the vice are anything but relaxing, introspective moments in Xanadu.

Trust me I know. My son walked in while I was having a stern conversation with my whip finishing tool about how it was not cooperating with me. That took me a few minutes of explaining to my son that “it’s the Indian, not the arrow”! 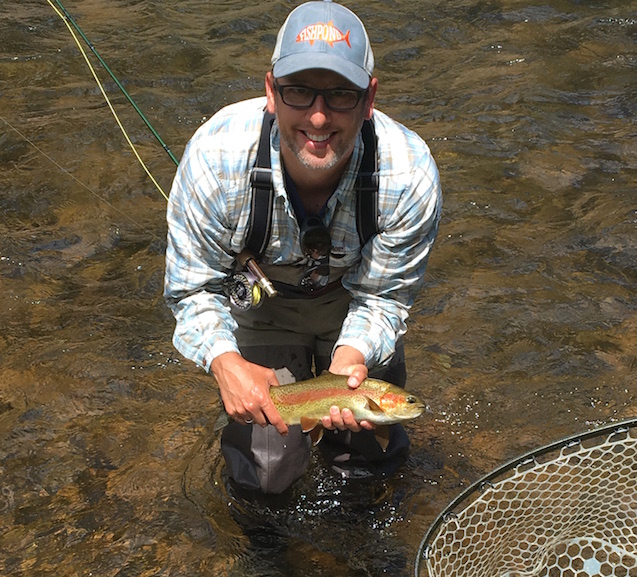 But once you have mastered the basics and start tying flies, you begin to gain a greater satisfaction for not only the product on your vice but the experience on the river. The pure euphoric state when you first catch a fish on a fly you tied is immeasurable.

Mine was a poorly proportioned Elk Hair Caddis! This feeling will continue as you watch others catch fish with your flies as well.

You WILL create a list in your head of what flies worked and what flies were “nice tries”. Yet in the end, whether the flies were “winners” or “nice tries”, you will once again find yourself at your bench learning new techniques, playing with new materials, and Zen-ing out in your own Xanadu.

Bio: Polymer Chemist by trade, angler and fly tier by desire. Jason grew up along the eastern seaboard, but it was in mid-Michigan that the fly fishing bug really bit. Once he moved to Colorado, the addiction became real!! If Jason is not on the slopes dodging moguls with his family, he, his wife, and three kids are hunting for rainbows and browns throughout Colorado.