My father was born in a two up two down farm cottage in Burnt Hill, a hamlet in West Berkshire between Reading and Newbury. He spent his childhood in Frilsham, two villages west of Burnt Hill and met my mother at a cricket match in Yattendon, between the two. When they married, my parents moved into a new estate house in Burnt Hill, he left there feet first. My father spent his early life working on Yattendon Estate before going to work for a builders on the outskirts of Newbury. Apart from a brief period away during his national service he spent his entire life within a few miles of the place he was born; Burnt Hill was his centre of gravity. I guess this wasn’t untypical for someone of his generation, background and class.

Dad loved to fish, it was his means of escape. As a boy we used to go down to the Kennet to trot a maggot or fish the small ponds in the woods above Thatcham for small carp and tench. When he got too old to drive he would wander up to the pond in Burnt Hill and sit under the trees for a few hours not two hundred yards from where he was born. 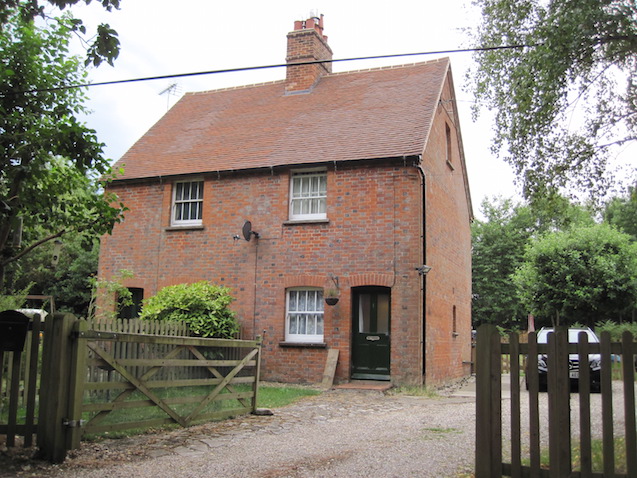 Where dad was born

This all comes to mind because I’ve just moved house, again. Like Dad my early life centred on Burnt Hill. I went to the village primary school in Yattendon and then onto the comprehensive in Compton when I turned 11. When I decided to do A Levels it was off to St Bartholomew’s in Newbury. But after that, Dad’s life and my life diverged. I headed down to Exeter to do my degree and then after graduation I went to work for Sainsbury’s, first in Essex and then Hertfordshire and finally Sussex. During those formative years of my education and career I lost touch with angling. Long hours at work limited the opportunities and girls made for a more compelling distraction.

Eventually I Ieft Sainsbury’s and headed north to work for Arla Foods based in Leeds. Within a few weeks of arriving I met the woman I would later marry. My career and my love life settled down, briefly.  Not long after I was diagnosed with cancer. The treatment was ultimately successful but it left me depleted, physically and mentally. With time on my hands during my recuperation I started reading about fly fishing. First off, some old books from my childhood, then copies of Trout & Salmon and later whatever I could find in the local tackle dealers and book shops. Learning to fly fish had long been at the back of my mind and once I was up to it I booked a session on the local stillwater. A small estate lake on the outskirts of Wakefield. 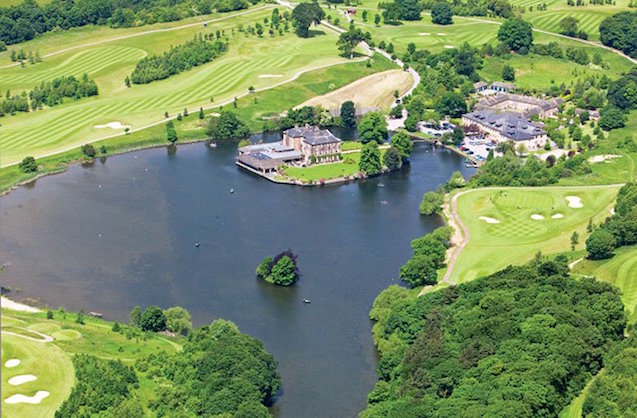 I learnt to cast on the platforms that ringed the bank and caught my first fish from a boat drifting in front of the hotel. Having fished the lake a couple more times I started to wander further afield. The vast reservoirs above Otley kept me entertained for a while but all the time I felt like I was missing something. Inspired by the articles of Laurence Catlow in Trout & Salmon I decided to give the River Wharfe a go. I bought my ticket from the estate office at Bolton Abbey and set off full of enthusiasm. I ended the day somewhat deflated. Fishing on the river was a completely different ball game to fishing the stillwaters. Returning to my books and articles I set about trying to work out what this river fishing lark was all about. My second visit to the Wharfe was slightly more successful and since then I have never looked back. I now very rarely fish stillwaters. 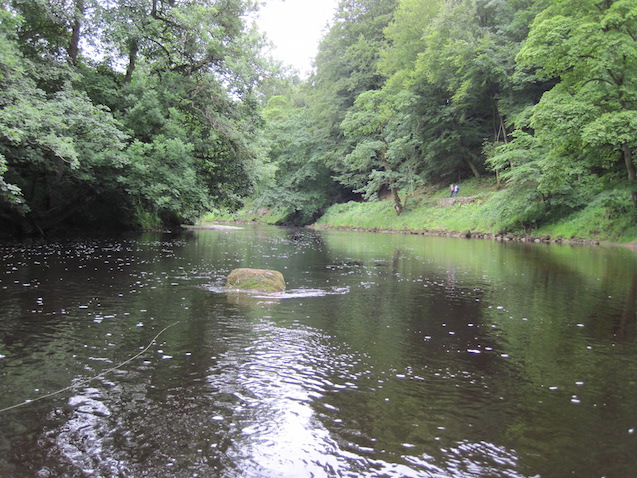 The Wharfe at Bolton Abbey

In hindsight, I regret not making more of my time in North Yorkshire. I’ve since discovered the vast array of wonderful fishing available in God’s Own Country.

Having just discovered the joy of river fishing, work and life intervened to shift my centre of gravity. First my partner accepted a job in the Scottish Highlands and I started to split my time between North Yorkshire and Scotland, then I was offered a job at Arla Foods’ corporate head office in Denmark and I became an expatriate. One weekend I would be fishing the slow meandering rivers of Jutland for wild trout and grayling, the next I would be climbing steep hillsides casting into small fast flowing streams and remote lochans for wee brownies. Fishing chalk and cheese. 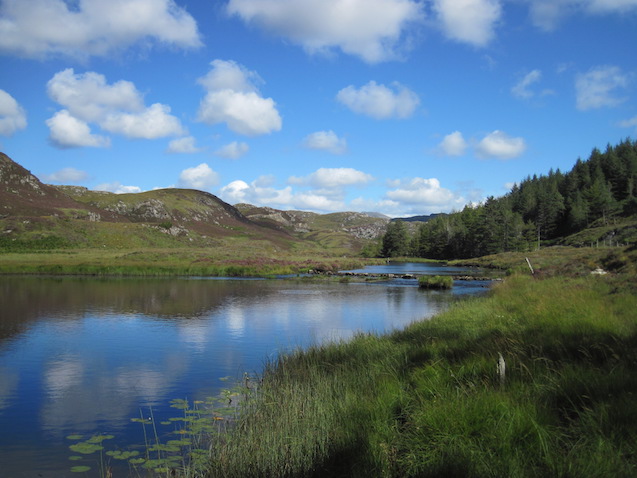 It was a great opportunity to hone my river skills and I even started tying the odd fly, odd in both senses. The best thing about living in Denmark was the tackle shops. Scandinavians treat their fishing seriously and the tackle shops were awesome. Huge ranges of coarse, sea and fly gear plus lots of fly tying materials. The staff were excellent and really knew their stuff,  I got some great advice. 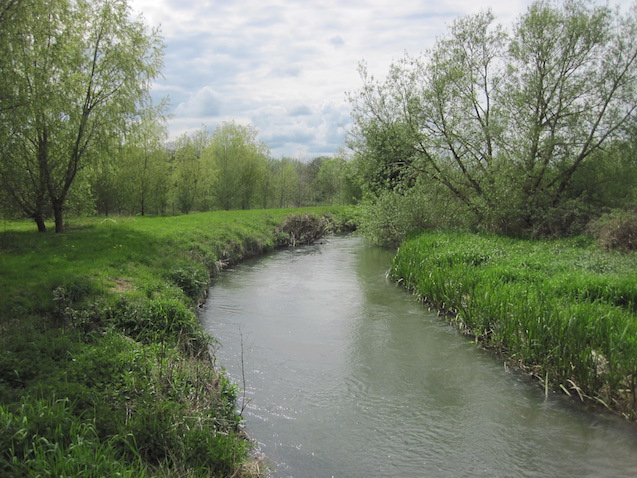 My job meant I also had the opportunity to travel more widely in Scandinavia with regular business trips to our offices in Stockholm. It would have been rude not to take a rod along. At the end of my three years in Denmark I travelled up to northern Sweden to fish the rivers and lakes close by the arctic circle. It was a week I will never forget. Fishing on gin-clear waters for truly wild fish. 24-hour daylight really screws with your body clock but means you can go out whenever you fancy, midge and mosquito allowing. The taste of freshly caught char fried in butter and lemon juice by the riverside was a culinary highlight.

When I returned to the UK my fishing was curtailed by a less than sympathetic wife who always had a to do list that took priority over fishing. I did manage to sneak out for a few days on the rivers of Ross-shire and Sutherland. I even got the opportunity to try for salmon, unsuccessfully. 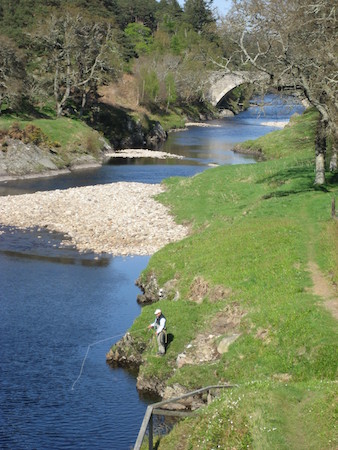 My divorce freed up more time for fishing and also meant another shift in my centre of gravity, back to my roots in West Berkshire. My long-suffering sister took pity on me and put me up. I couldn’t afford the fishing on the local chalk streams so I took a syndicate rod on the Frome and Piddle down in Dorset. Those seemed like halcyon days. Warm summer days, wild flower meadows, free rising trout plus some big old grayling. 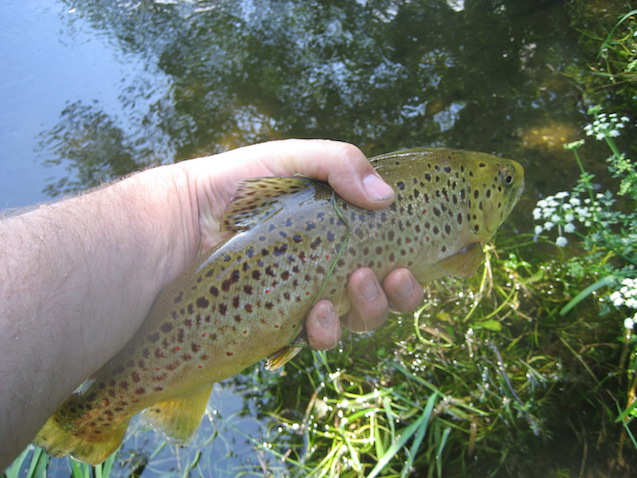 My passion for the dry fly deepened. The only problem was that it was a long drive down to Dorset. So, when I was offered the chance to join Cotswold Fly Fishers I took it. The Cotswolds was an area I was unfamiliar with, off my radar. What I discovered was a world of butter-stone cottages, gently rolling hills, chocolate box villages, water meadows, mills and meandering rivers. Many a happy day was spent strolling the banks of the Windrush, the Coln and the Leach casting to rising fish. One of the joys of joining a new club is exploring the beats. Before the start of the season I drove around tracking down the car parks, the access points and reconnoitring the waters so I was ready to kick off the season come the 1st April. What I also discovered was what a great mixed fishery the Cotswold Fly Fishers had. Chub, roach, dace, perch and pike all joined the trout and grayling in my metaphorical creel. 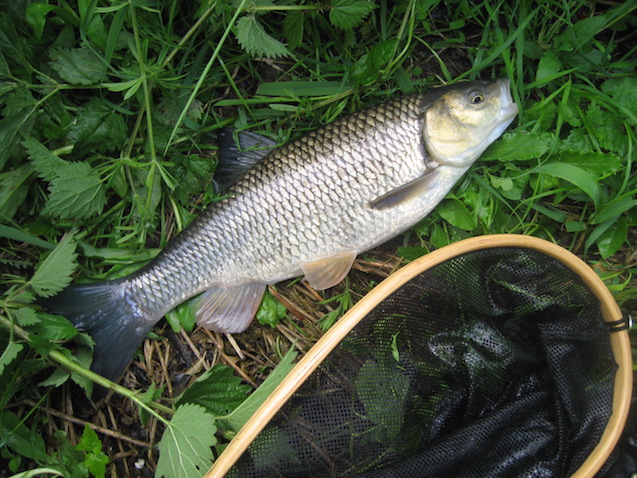 I also came to love winter days long trotting on the Windrush. 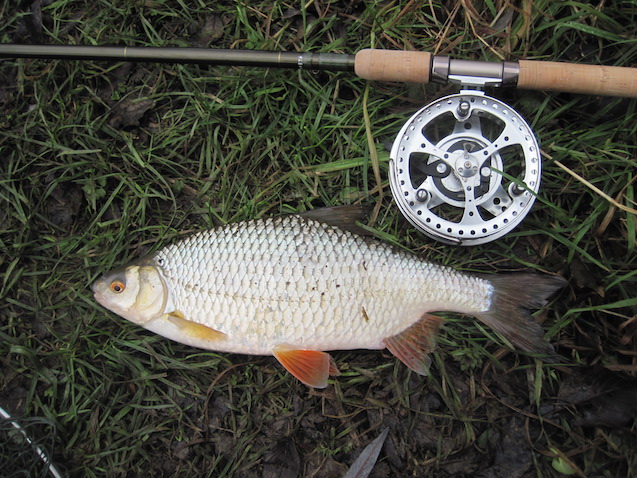 When I joined the Cotswold Fly Fishers I also put my name down on the waiting list for the Salisbury & District Angling Club. I had completely forgotten about this when the email arrived telling me I was able to finally join. Another shift in my centre of gravity, but the timing was perfect as I was starting to get that itch to try out new waters. Once again, I set about visiting the beats and preparing my plans for the new season. The epicentre for all things SADAC is The Cart Shed near Old Sarum, just outside Salisbury, so it seemed fitting that I start the season on the Durnford beats adjacent to The Cart Shed. It was a tough day and the grayling didn’t seem to realise that their season had closed but I opened my account with a couple of brownies. That was four seasons back and I’m still getting to know the myriad of beats SADAC has to offer. 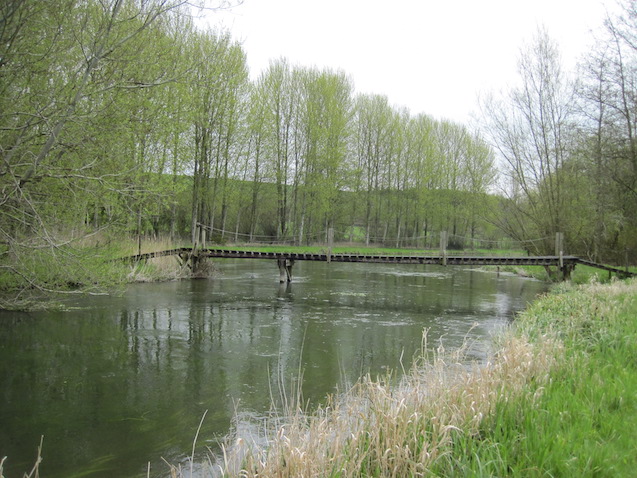 Earlier I mentioned that I have just moved house, again. After more than ten years back at home in West Berkshire I’m now living in the chalk stream heartlands near Stockbridge in Hampshire. When my career in Management Consultancy was unexpectedly curtailed I decided it was time for a change of job and a change of scene. Orvis in Stockbridge took me on as Fishing Manager and I managed to find a little flat nearby in Nether Wallop. I now have a five minute commute to work, a whole lot less stress and a whole lot more fun. It has also given me the opportunity to visit, guide on, and sometimes to fish those hallowed chalk streams that I’ve never been able to afford. This year has seen visits to the Itchen, the Test, the Avon and the Bourne Rivulet.

As the trout season comes to a close, as the days draw in, as the leaves turn and fall, as I start to think ahead to 2018 I wonder what this new centre of gravity holds for me.