We were really pleased when James "Boo" Gilbraith contacted us with an extract from his book, Terminal Chancer - Atlantic Salmon, Book One. He plans to self publish soon.

I was drinking Wainwrights in the back of the car as we drove over the Corney Fell, admiring the truly stunning view looking towards the jagged knees of Scafell Pike. I had only drunk two Thwaites Wainwrights as I had foolishly and naively packed them in the boot. Luckily the rods came through the drop down piece in the centre of the back seat. I realised that if I put my arm in and delved in up to my shoulder as far as I could stretch. I could just about winkle my hand between the crammed bags of luggage and tackle to my bag of beer. It occurred to me that I looked like a vet with his arm up an animal’s backside. I delivered my beer to me the proud father and I felt a wave of pride.  My two day holiday was off and running like a Derby winner.

I started thinking about Alfred Wainwright. I reasoned that the Blackburner wouldn’t have been quite as productive if he drank five of these beauties a day. His drawings certainly would have been radically different. The hills would be full of confused walkers looking quizzical while turning their guidebooks, just to see if the drawing made more sense upside down. I was imagining what he sounded like, until I realized that the imagined narration in my head in a low Lancashire burr saying “I hate people, I bloody hate people” wasn’t Alfred Wainwright's voice, as I had never actually heard it. It was in fact the voice of the actor who narrated AW’s passages on Julia Bradbury's walking TV programme. In real life AW could have sounded like Judy Garland and I wouldn’t have known.

I also thought about AW’s legacy in Blackburn......we built a great big iron road bridge, plonked it in front of B&Q, painted it blue and called it Wainwright Bridge.........could anything be more repugnant to a man who thrived on nature's own splendour.....and cultivated his own solitude. I doubt it. It’s just a matter of time before some marketing genius gives us Wainwright's greatest walks, Wainwright's iphone app, Wainwright's tap shoes, flasks and tea bags. I would put money on it that there will be a Wainwright's Christmas cook book, complete with newly unearthed fine line drawings and recipes of all manner of pies. It’s inevitable .......never; ever kill the golden goose.....even when it’s dead.

These idle thoughts end as we pull into a service station at Holmbrook. Earlier that morning my friend and I fished the Ribble at 7am. We had been quietly confident but talked about the day ahead and our trip up to the Irt. Unbelievably my mate caught three salmon and lost a corking 15+ absolute pearler of a fresh fish. I had willingly landed these fish for my ecstatic friend (Howie). While I was in a state of supreme shock, I imagined cutting all his tackle in half with a Stihl saw. Only four days previous I had caught three in a day to even our tally for the season. I had been three behind and I was meant to be the one quietly gloating about pulling it back to all square. Now this jammy swine had his chest puffed out and was chirping aloud with a master class of untold salmon theories.

Luckily two cars travelled to Holmbrook.......and we put chirpy in with Warren, a non-fisher, so he would receive not even a slightest drizzle of appreciation from his captive audience. Warren likes fishing like cats like water. We were surprised that he wanted to come at all. He doesn’t get it and he has no intention of ever getting it. He can’t conceive how we can get excited about it...This plan worked so well that a troubled Howie phoned us in transit. We put him on loud speaker “this is s**t,.. I’m telling him all about my fish and how magic I am and he doesn’t get it.....he just keeps saying right right, is three meant to be good?.....that’s no f*****g good, I wanted to be in with you lot”.....our natural reaction was to hang up the phone mid rant.......why fight this kind of urge, it's unnatural.

The service station had a 4x4 on the forecourt with two rods set up on a roof rack. The driver of the vehicle wore a leather cowboy hat. I can’t tell you what else he wore as I couldn’t take my eyes off his hat. It was of course like Howie's birthday to see these anglers and he leapt from his car to eagerly question this salmon angler about our prospects but much more importantly: let this Hat fully understand that he was in the company of greatness. Howie had quickly established that the Hat hadn’t caught anything by a direct route of questioning. And he wasn’t going to hang about before he announced.......  “I’vehad3thismorning” like the bullets from a machine gun. No time for gaps in-between the words.....The Hat’s eyes widened like he had been assaulted and then offered his congratulations. .......This is of course part of the prize for catching a salmon. You get to mention it to as many anglers as you can, as quickly as your mouth will carry you.

I decided to get out the car and join in on the conversation. Naturally I wanted to tell the Hat that I had caught three on Monday........hey, nobody’s perfect.... The garage owner came over and explained that it had been slim pickings on the Irt and Esk. The Hat then threw a grenade into the conversation................ “last week there were that many in a pool that I thought I could just walk out and pick them out, do you remember Howie”..................eh, Howie? ,.... how does he know Howie......Howie as it turned out was also the name of the garage owner. On hearing this unlikely coincidence I raised my arms aloft like Christopher Lee in the wicker man and declared “a sign, it’s a sign, our planets are aligned...............you're Howie, he's Howie, we drive up here and you tell us that there are so many salmon in the rivers that you can catch em by hand!”...........silence and awkward glances from the locals as I stroll back to the car to open another Wainwrights. My three other comrades in the car all agree that I have just freaked the locals out within 60 seconds....not my intention, I was excited and felt a sense of ironic comic timing.

I’m sure you can imagine the mood though as we drove off that cosmic forecourt. Most fishermen are automatically predisposed to be almost fatally optimistic. We wilfully discarded the comment about “slim pickings” and clung to “you can pick them by hand” like a shipwrecked sailor on a plank. Our tiny minds were overloaded with thoughts of salmon stuffed into those rivers just waiting to be caught. Honestly we were laughing like lottery winners, repeating back the key points of the conversation utterly convinced that it was true in every sense. How had we become so naive, in such a short space of time. Had none of us been in dialogue with a fellow angler before. Had our memories been impeded in some way, blocking out all aspects of rational thought in favour of blind optimism. After all who needs facts - we had a short term case of full blown craziness. I sat in the back of the car elated but with a very awkward nagging feeling in the pit of my stomach. Could it be possible that Howie could win the GilCraig? 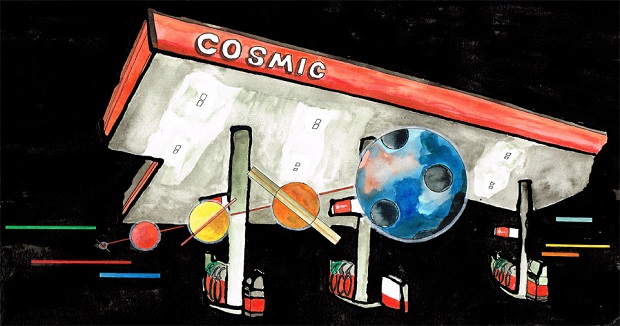 Im sure most of you are aware of the story of the Macnab. Two high flying professional men given a new challenge by a mutual friend when they grew bored with their lives. The challenge set for them was to shoot a stag, a brace of grouse and then to catch a salmon on the same day.  It’s a fascinating tale of two crackpots with an absurd amount of 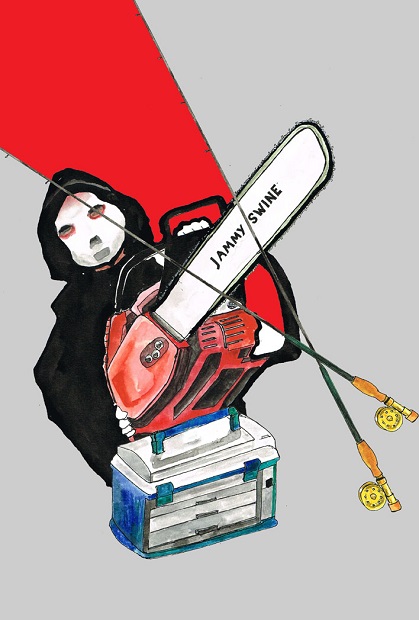 Howie and I had often discussed a task that would suit our tastes and immortalise the challenge as our own. We lingered long on the immortalised part, we liked the sound of it. So one day while fishing we came up with the GilCraig. My surname is Gilbraith, his forename is Craig. The devil is always in the detail. To have performed a GilCraig you must first catch a salmon (with a rod and line) believe me, we had to stipulate. Then once the salmon is caught and landed you must win a game of live tournament Texas Holdem poker against at least eight of your friends. As we are playing for money nobody wants to lose and most of all, the person who has not caught a salmon would rather scoop out their own eye with a rusty tea spoon than let you win. The logistics of organising a game of poker between 8 – 11 family men over the age of 35 once a month isn’t easy but we manage. We have managed for over twenty years. So the game is booked first. You must catch the fish on the day of the game, ie a Friday/Saturday. Salmon to order….. at least in golf you know where the bloody hole is.

Last year I came within a fin away. I caught two fish, cooked one of them for the poker school. Howie was electrified like a bolt of lightning and went all out to stop me. He was highly animated, like Basil Fawlty on speed. Obviously he crashed out first and spent the evening heckling from the sidelines. He tried to lobby the group for a sudden change of GilCraig rules. This is the backdrop I had to contend with. I came an unpleasant second place from eleven players. Close .... but no GilCraig.

Now on the brink of our trip to the Irt with a poker game booked in for Friday night, Howie started his pre match warm up. Bombarding me with calls and texts reminding me that all you had to do was catch a salmon and the GilCraig was on.

So when the lucky bastard caught three in three hours...well, he went into a kind of frenzy. It was an uncomfortable scene to see another grown man quite that smug, trying desperately not to appear smug. I reminded him that there must be five players to win it. “The three salmon make up for the missing players.” That’s what the slippery s**t said. Earlier that week (when I had caught three) he had accused me of making everything a competition.

So now in a wave of idiotic optimism we drove to the caravan, keen as mustard, dreaming of fishing the Irt and the Esk, rivers no wider than a pencil and overflowing with salmon. Easy peasy. The Occasional Salmon had taught us that it was a piece of piss.

I live one mile away from the river Ribble in Clitheroe and for the last 21 years I have spent from 50 to a 100 days a year fishing for Salmon & Sea Trout all the while the world keeps turning and I juggle irritating commitments like socio-economics, family & work.