ESF founding father Jim Williams shares two of his passions, the obvious one, fly fishing and dog sledding that take him to Canada each year 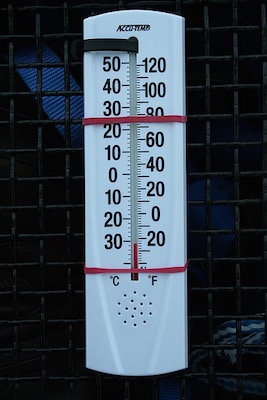 Other than where I currently reside, there is but one other location that constantly beckons my return - Canada. For it is here my two most favoured passions are enjoyed: 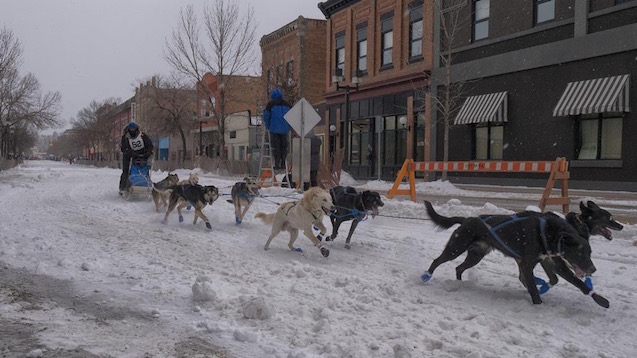 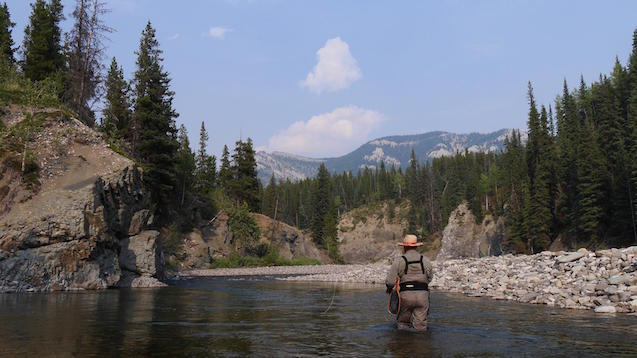 February of each year sees a journey to Rocky Mountain House which sounds more like an offering from a dessert menu than the wonderful town that it is. It is here we (Sarah and I) meet up with Team Taylor to pick up trailers, participants and more importantly the dogs with which to run the race. 13 hours give or take from there is a trip north east to the start line in Prince Albert, Saskatchewan. The journey is a long one as dog stops are plentiful, there’s many a signature of yellow snow left on this trail.

The Canadian Challenge is entering its 20th year, for more than a decade of which I’ve attended in some form or another, nowadays with camera in tow as the race photographer and general bone idle on-looker observing the mushers and handlers striving to complete the race with less a thought of themselves for that of their dogs. Sleep deprivation, somewhat fragile temperaments and questionable diets are exposed for all to see; these mushers and handlers are dedicated athletes of a different breed but worthy of the title all the same. 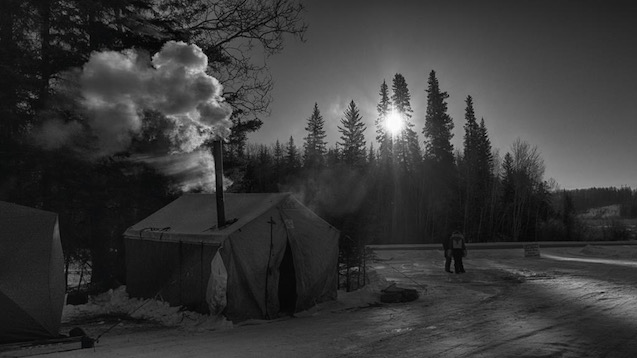 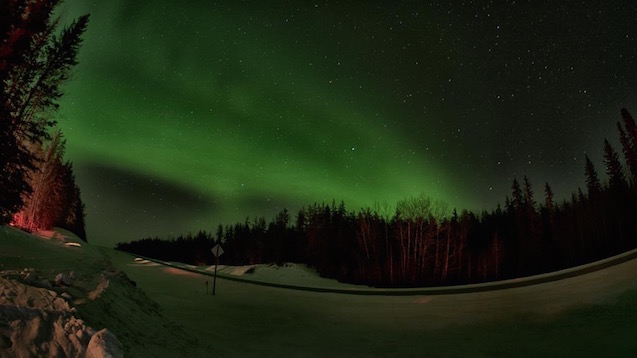 At its longest distance of 320 miles it can take up to four days to complete. Finishing first or last, it’s a testament to skill, endurance and hard work that makes it a must-do experience (a bucket list thing). Bizarre temperatures that can fall as low as minus 47 degrees centigrade are literally breath taking to endure, this along with scenery few get to experience is nothing less than truly memorable.

All of those years crossing glacial-like rivers and frozen lakes as part of race trails meant there was a scratch to be itched.

In August/September a return visit is made to scratch that very itch. Flying into Calgary I’m promptly collected by Rick Austin, a friendship formed from attending the very same aforementioned dog sled race. Numerous hours south and we reach our pre-determined camp, somewhere on Oldman river. 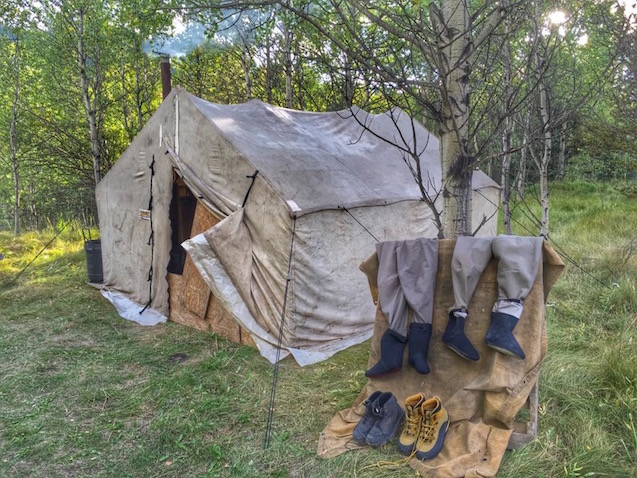 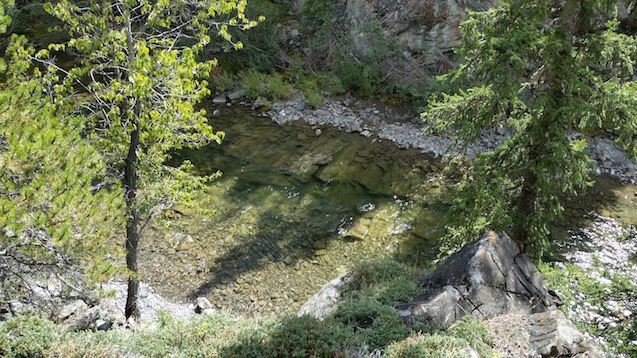 The view… designated as after supper fishing location only

Enjoying some typical camp fayre… wait till you see pudding!

The Oldman is 200 plus miles long and convenes with many other tributaries before joining the Bow River and further on to form the south Saskatchewan river. Throughout there are many species of fish: cutthroat trout, whitefish, bull trout and brown trout amongst others as well as a number of hybrids. 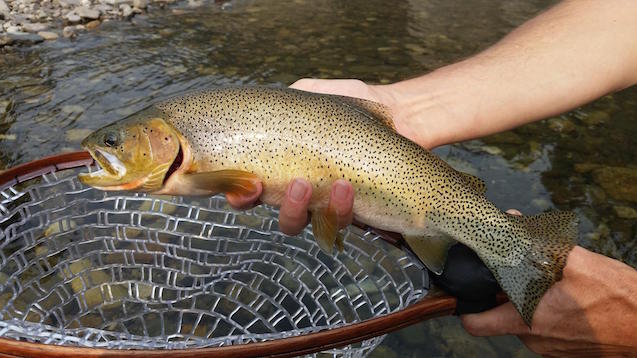 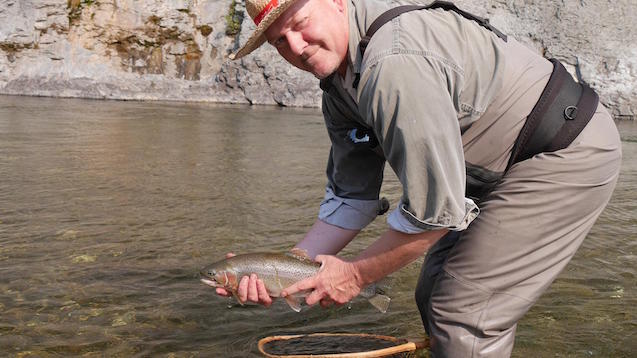 Rick with a ‘cutbow’ hybrid

To be successful here is no less difficult or easy than my home water given similar conditions. I do need to work for the fish and declare I’d not wish it any other way.

With ‘gin’ like clarity the fish are generally easily spotted assuming a keen eye and quality polaroid glasses which should be a given. No time is ever wasted in that taken to observe shadows, shapes and movement, over and above this stealth, good positioning of yourself to that of the fish and accurate fly presentation will see you rewarded - handsomely! 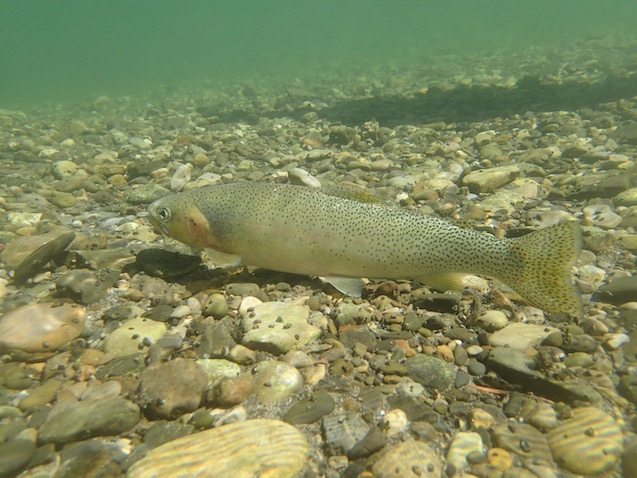 Such clarity allows you to target individual fish

My go-to outfit is a 10ft #4 and matching double taper fly line, like all fish certain moods make them less forgiving at times so leaders of 20ft or more floating high on the surface can aid your approach to the wariest of fish.

Fly choice: Fishing the troubled surface water is where I’ve found most success, and better fish. I target less of the glassy like water that having observed offers lesser motivated feeders than those lurking in faster more oxygenated turbulence. Thus, I like flies that provide longevity in floatability that require less of my intervention. 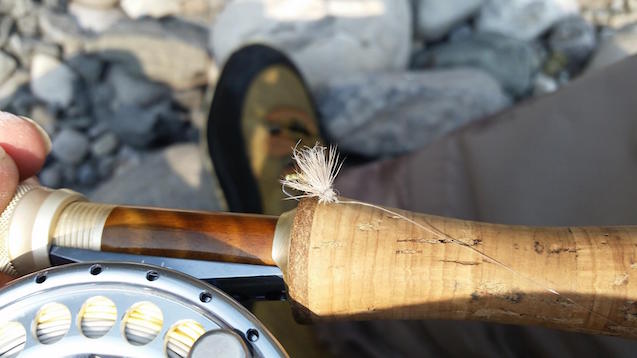 This particular pattern from Warren accounted for every surface feeding fish that came to my net in 2015. This is not to say an alternative wouldn’t have done the same or more - ‘if it isn’t broken’ scenario.

As for nymphing opportunities… 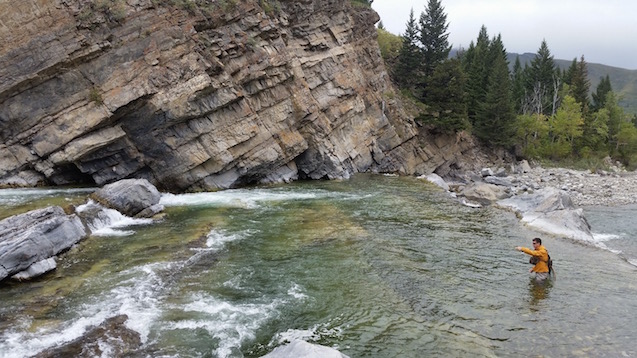 … early morning starts called for nothing else until the onset of surface activity from circa midday onwards. A weighty pheasant tail nymph or variation thereof or at least something dark that gave good contrast and ease of visibility. (sizes 14-18)

Getting carried away in such a location is easy, you can walk for miles without realising it, as your focus is very much on the river and the fish that inhabit it; it’s as equally rewarding to take in some of the breath-taking scenery that surrounds you. 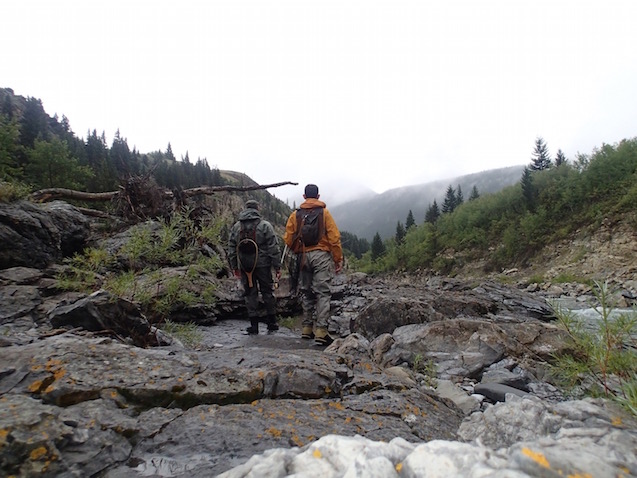 The weather can be unpredictable so with all the weight limitations packing to travel hinders you, taking clothing for the worst of conditions was my foundation – keep warm and dry, better to have it and not use it than not have it at all… been there and done that. Just get used to either washing your clothes or giving off aromas that’ll stop a bear in its tracks at 50ft. One early lesson was not taking felt soled boots the first time I made the trip, I now swear by these above all others for stealth and grip. 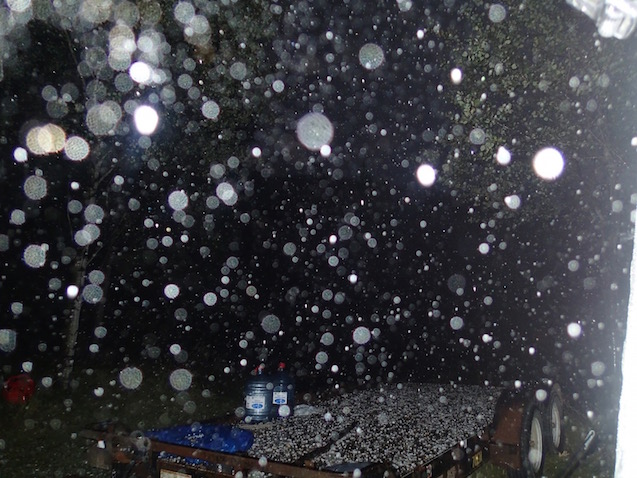 When there’s a lull in proceedings however you’ve just gotta sit it out… it would be criminal not to… cheers! 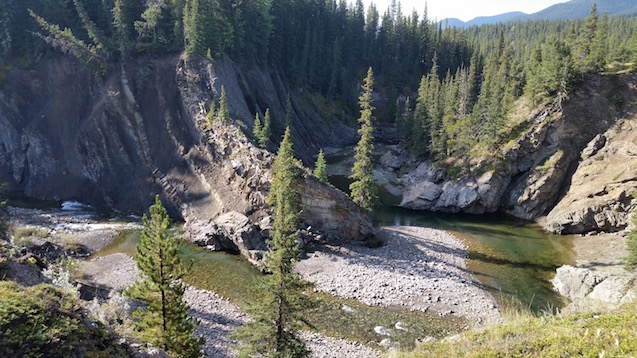 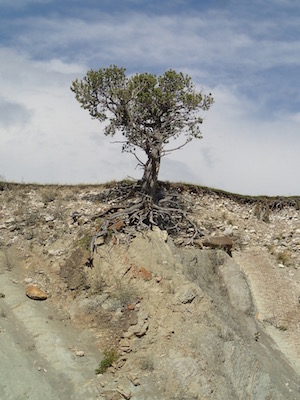 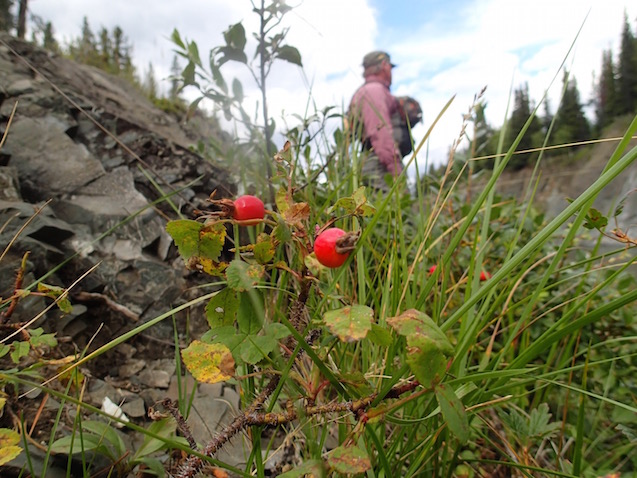 Bear bell, either wear one or know you can run faster than your fishing buddy 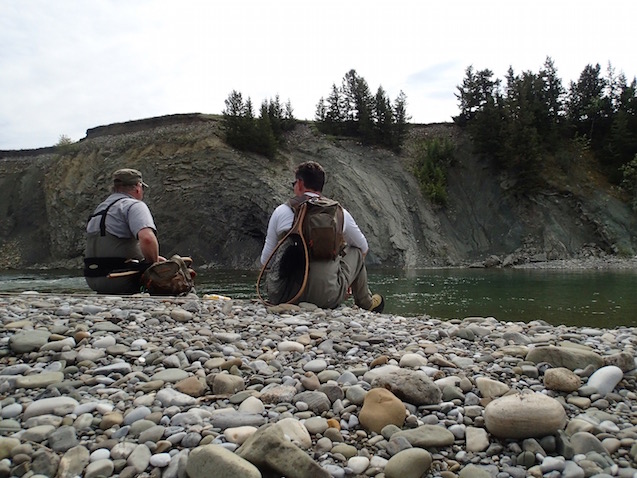 The final day pondering before we pack up and Rick returns this weary traveller to the airport. I dare not wish my time away but February and August cannot come soon enough, Groundhog Day anyone?