DePuy Spring Creek. One of Montana’s and indeed, North America’s best known fisheries, is asood a place to have a first day's fishing in the US as you are likely to find. Made all the more memorable by the journey and events that were to follow. Ian May explains. 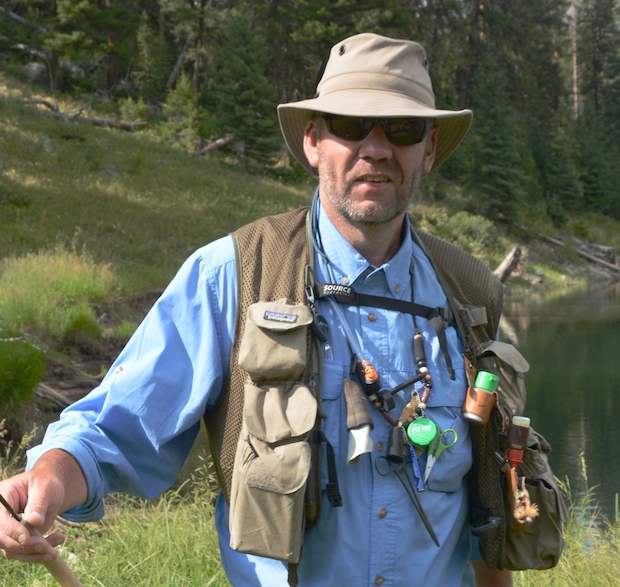 It was after Darrel's last trip to the UK during the summer of 2013 that, during the regular correspondence that followed, he announced that he considered it time for me to travel to the USA, to join him on a road trip to fish the places that he considers to be his ‘home’ waters.

Well, a very brief look at the said list of waters was plenty enough to convince me that this was an opportunity that was simply not to be missed. Yellowstone river, Madison river, Henry’s Fork on the Snake river, Silver Creek Idaho to name but a few! 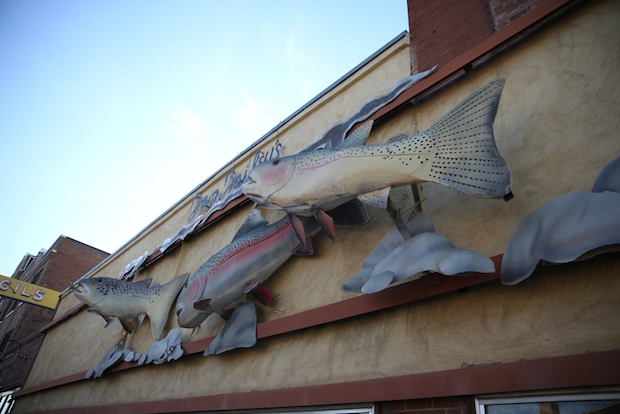 Discussions were had and plans made. On a late July day one very happy chap landed at Seattle/Tacoma airport and was met by my hosts, tour guides, fishing buddies and road trip companions, Darrel and Sandra Martin. We spent the first day touring the Sage Flyfishing HQ and factory at Bainbridge Island (more of which later) and the following day set out to go fishing on the iconic North American trout streams.

Having driven East from Washington state, arriving in Livingston, Montana was the start of my US flyfishing journey. State fishing licenses and permits were bought in that most splendid of outfitters, Dan Perkins, who has what's got to be the largest and most impressive sign ever to be seen above a flyfishing outfitter's shopfront. 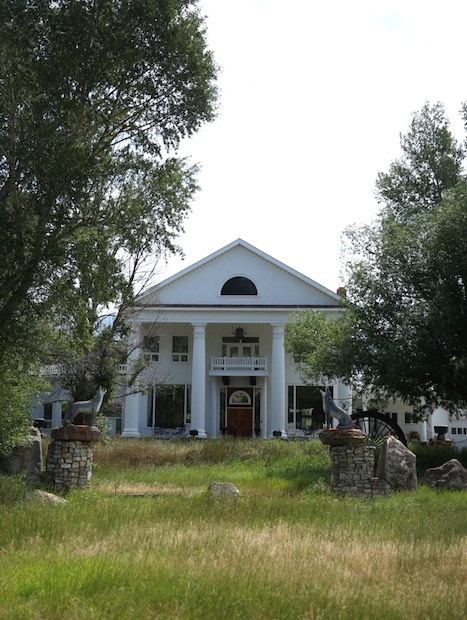 From Livingston we took Highway 89 South for a few miles along the Yellowstone river valley and arrived at the entrance to DePuy Spring Creek - a place that Darrel had first fished some 50 years earlier. First impressions were better than favourable. Driving in took us over a bridge towards the main house and indeed, the water available to fish consisted of flats, ponds, pools, riffles, runs, and flowing sloughs. In fact all that was described in the brochure at the outfitters. We drove on and then came to the main house. 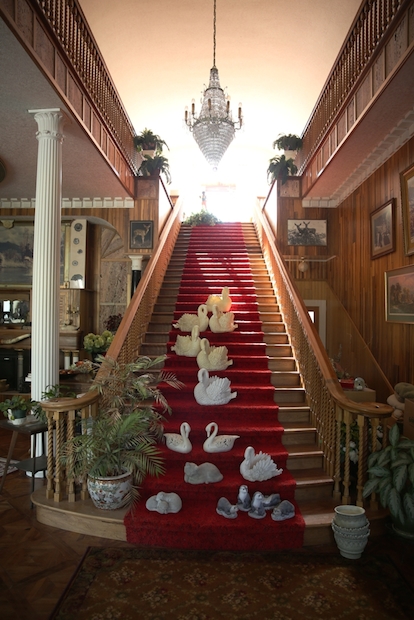 And what a house it was! Something that would not have looked out of place sat high on a hillside overlooking a small corner of ancient Greece. But it was what was contained within that really caught both my eye and my ear.

We rang the front door bell and were greeted by an absolutely charming  and gracious lady by the name of Betty Smith. She introduced herself and did so in such fashion as to leave no doubt that she was as much a part of this wonderful place as the river and creeks themselves.

She quickly picked up on the fact that Darrel had been fishing here for over fifty years but was also very obliging when I asked if I could have a closer look at some of the architectural detail and fittings that I had spotted from the hallway of this most fascinating of houses. 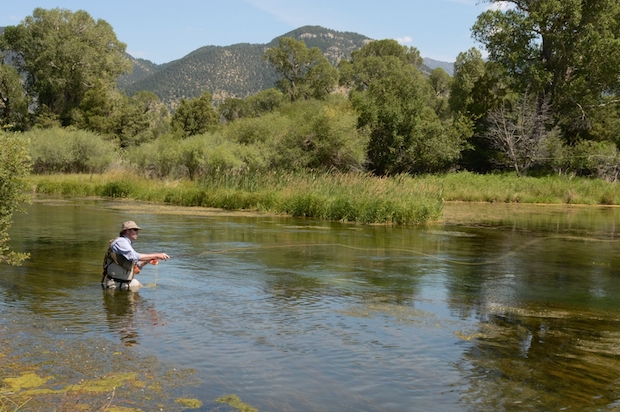 Travertine marble hallway welcome panel and wall claddings all quarried from the USA - an instant addition to my knowledge of this stone which I have used much in my capacity of professional furniture designer/maker back home in England.

An Indian rosewood staircase including full stairwell ballustrading and wall panelling. Never had I seen so much of this scarce and incredibly expensive timber all in one place! Absolutely breathtaking and of immense interest to a passionate woodworker. The attention to detail was a joy to behold and in what is still clearly, a family home.

So with dues paid, estate history firmly embedded and photographs taken, we headed out to go fishing. And what fishing it was! Although fishing in 90 plus degree heat we were greeted with free rising brownies and rainbow trout on both Dick's Pond and the Spring Creeks that both fed and run out of it.  We met and had a lovely chat with some local (which doesn’t mean much when these guys will drive for many hours to go fishing locally!) fishermen and also had a look at the mighty Yellowstone river which runs directly behind the main house on its way down the valley and into Yellowstone park...

So as a first day's fishing on a trip goes, this really would take some beating. As it turns out, the trip had so many other highlights, more of which later.